Alamance County, North Carolina is home to over 160,000 people. The county was founded in 1849 and makes up the Burlington metropolitan statistical area. The county is known for several significant events in our nation’s history.

The county got its name from Great Alamance Creek, which was the site of the pre-Revolutionary War Battle of Alamance in May 1771. Governor William Tyron’s forces defeated the Regulator movement, which consisted of soldiers from British colonies in the Carolinas. There are several legends regarding the word Alamance.

One of them reports Alamance is derived from the Alamanni region of Rhineland, Germany where several settlers came from. Another legend says that Alamance is an old Indian word meaning “noisy river.” A third legend refers to Alamance as a term that local Native Americans had used to describe the blue mud that was found at the bottom of several creeks in the area.

The area continued to be active during the Revolutionary War. The Battle of Clapp’s Mill, The Battle of Lindley’s Mill and Pyle’s Massacre all occurred in what would later become Alamance County. A few years later, the Occaneechi Native American tribe returned to the area after settling in Virginia for a brief period of time. Several of their ancestors purchased 25 acres of land in Alamance County in 2002 to preserve their tribe’s history and legacy.

How much home can you afford?
Find out here!

What Alamance County is Known For

Alamance County became a major textile manufacturer in the early 1800s. 14 different mills were constructed along Great Alamance Creek, Haws River and other major bodies of water in the area between 1830 and 1880.

The first railroad line in the region was built in 1840 as a midway point between Greensboro and Raleigh, North Carolina. Alamance County was officially created on January 29, 1849.

Besides textiles, the county was also known for many decades for its award-winning dairies. Alamance County was the state leader in dairy production for several decades.

Unfortunately, higher real estate prices combined with a decrease in milk prices over the latter half of the 20th century eventually led to the majority of the county’s dairy farms being sold or redeveloped for commercial reasons.

Homes for Sale in Alamance County

Airplanes were built in Alamance County in the city of Burlington during World War II. Fairchild Aircraft produced airplanes, missile guidance systems and radar equipment until it closed in 1992. The cargo ship USS Alamance was created during the Second World War and served for several years until the conflict ended.

The county crosses 435 square miles. The Haw River is the largest body of water in the county. The largest cities are Burlington, Graham and Mebane (the city of Mebane is located in both Alamance and Orange counties). Other major towns in Alamance County are Haw River, Ossipee, Green Level, Swepsonville and Elon.

The Importance of Getting Pre-Approved
Go to top

Alamance County is served by the Alamance-Burlington School System. There are 19 elementary schools, 7 middle schools, 6 high schools and 3 alternative learning facilities in the district. Elon University and Alamance Community College are also located within the county limits.

Multiple Offer Situations When Buying A Home
Go to top

Things to Do in Alamance County

Great Bend Park and Cedarock Park are the major parks in Alamance County. Great Bend Park has portions of the Mountains to Sea Trail and the Haw River Land and Paddle Trails. It was built around the historic Glencoe Mills. Cedarock Park has a couple of disc golf courses and the Cedarock Historic Farm.

Alamance County has often been viewed as a “bedroom community” with the area’s primary industries being manufacturing and textiles.

The Elder Edge is the best source of information about the local community and real estate topics.
Give Pete Elder a call today at 919-357-0921 to learn more about local areas, discuss selling a house, or tour available homes for sale. 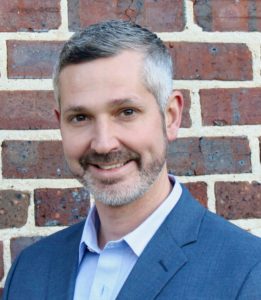